A couple of days from now I'm gonna post something about Furry Lewis. But while I was trailing him down on the tube I found the blues in Belarus. Yeah, she's playing a guitar with a lightbulb. A lightbulb. Dig it. Looks exactly like something Furry would have picked-up and practiced while working medicine shows in his younger days. Furry and the lightbulb-playing babushka could probably have a long conversation as they finished off a quart of the good stuff. But, really, watch this woman just play the blues, offering up her own version of what I would guess to be a traditional folk song. Again, in a deep way she mirrors Furry: Someone from the country playing a folk blues in a modern city with people walking by and praying for a ruble or a dime. And I love how utterly unconcerned she is with a videotaping device taking her in, not looking up for anything. She's playing and doesn't care a single whit for that device you have in your hands. World Wide Country Blues.
Posted by hambone at 6:35 PM 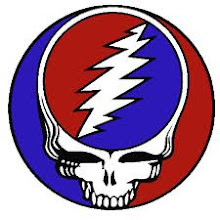 For some reason I think these tunes need to be posted on this site. I hope you enjoy.

This website is solely for nonprofit, just-having-a-good-time-here purposes. Tracks are available for a limited time.

If any parties would like a track removed, please contact us via bluebirdsing1@gmail.com, and it will be promptly removed.